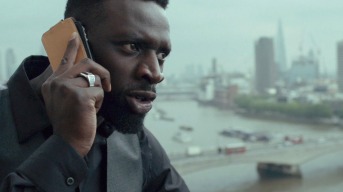 Bad people who pretend to be good people

Some bad people are really good at pretending to be a good person. They will often use this to their advantage, exploiting good people and gullible good and bad people by pretending to have good intentions, but really having some selfish, or sinister, or devious, or in some way malfeasant, nefarious, or detrimental purpose, usually to cause personal gain or to cause some harm to another.

Other bad people don’t care what anyone thinks. These are one of the worst kind of bad people because they don’t even give the illusion of goodness, except by accident sometimes. Whereas some bad people pretending to be good might accidentally or inadvertently do good, these bad people do not even pretend to be good, they just do whatever they want. These bad people need to be “put down” (like a dying dog), or tortured until they have some sense. However, in reality don’t actually do this, because it’s easy to confuse this kind of bad person with the latter good person (the one who is truly good but makes so many mistakes they appear bad). It would be tragic to treat one of those good people who accidentally acts bad, like one if these bad people. Unfortunately, unlike The Terminator, it’s often difficult or even impossible to distinguish which is which. Which unfortunately means that these bad people get away with much more than they should.

Bad people who pretend to be good in public but not at home, and are an expert at it; they are the most evil of all

The third kind of bad person is a little of both of the above two types of bad people. These bad people pretend to be good people in public, but at home they act like the bad person they really are, in the form of an abusive spouse, abusive parent, or some other type of bad person in their home life. This is the worst bad person of all, because these are the most conniving, deceitful, manipulative bastards you’ve ever met, and you’ll never even know it.

These evil bad people never try to do good; they just pretend to be good in public, but never actually do anything good. As a result it’s impossible to tell that they are at home beating their wife or stabbing their husband or raping their children. Their family at home knows, of course, but are usually too scared to tell anyone. The few bold enough to tell, are not believed, because the bad person is such a master manipulator that not once on their life have they ever slipped up and acted bad in public. These people should be killed upon sight, to prevent their DNA from continuing on. Unfortunately because they are so good at being sneaky lying manipulative bastards that you will never know who they are, unless you hear about one on the news.

Bad people who pretend to be good in public but not at home, are not always the best masterminds; on a very rare occasion are actually good; but are usually evil

Some bad people can change